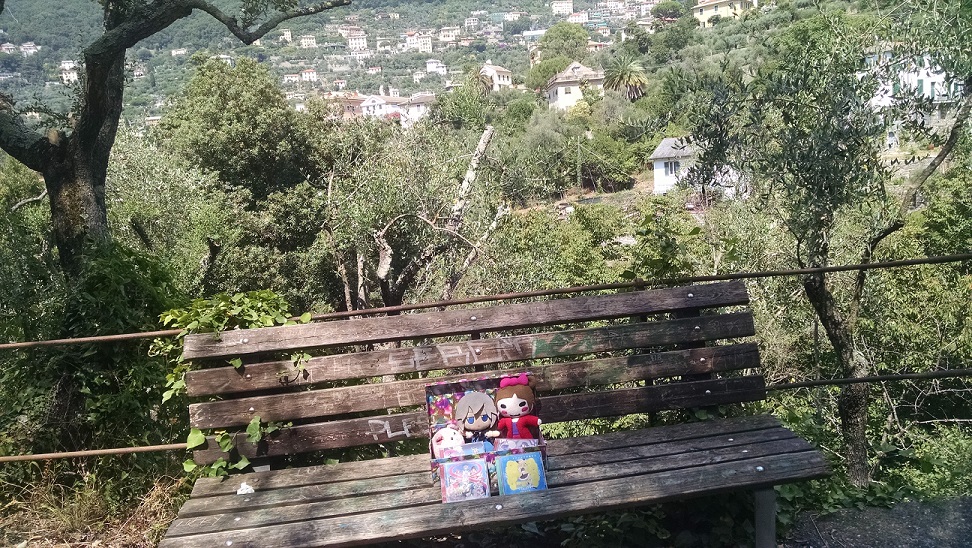 Welcome back to the weekly series where Violet bashes on her favorite group!!
You know, now I want to change the name for each tier, but I’m a non-creative person, so I will just stick with those letters. Keep in mind that just because an album is here it doesn’t mean that it’s bad or I dislike it. It’s mostly to avoid talking about 20 albums at once!

Today’s albums are some peculiar cases. We have some sequels and some albums that explored some unusual concepts. I consider this as a sort of “border” tier before the real great stuff in the next weeks!

Yeeee, the most controversial album of all time!!
Concept-wise, this album is about arranging final boss themes from mainline Touhou games, from EoSD to TD. But it’s not just “the boss rush album”: Eight is primarily known for being “the duet album”.
At the time of its release, the sole thought of BUTAOTOME arranging themes they have done before was almost a blasphemy. And this album is full of them, with only Kanako’s and Miko’s themes being “new”. Also, having non-Ranko vocalists in BUTAOTOME songs is the nightmare of a mad purist. I still geniunely believe that only Ranko is a perfect match with Comp, and there are very few songs where other vocalists somehow work (OCNP >>>>>>>> those elfin’ songs, don’t @ me). And last but not least, another album, which was much more important, was released at the same time.

But is this album really that bad? Well… not really. Sure, the tracks with male vocals are overall better than those with the female ones. Also, a couple of the tracks with the vocalists that could catch the attention of your typical Touhou vocal listener are the worst ones in the album: Chigireta Koi is just a generic Septette with no redeeming qualities (also, Merami and Ranko’s voices together are like eating honey and pesto), while Eiga no Saki is basically a Renge no Yume clone with ichigo. But the rest is pretty good! Kougen is a great take on Border of Life with some rap-like vocals from Shoudoteki no Hito. Fuwa*Kira is the best track with a guest female vocalist, change my mind. And it’s Amane! It’s a track with cute vocals done well, and recommended if you are into that kind of stuff. The album slows down with 3L and yonji: Kin’iro no Ugetsu is quite unique among the ballads (even excluding 3L’s vocals), while Itsuka Mireru Yo is quite a refreshing take on Nuclear Fusion that is not hyper-faithful and “Belin, I burn down the world”. Up a parts hito and Kitto Todoku (with Cherose and Beatmario, respectively) are also great rock tracks (though Mister Unkoman’s voice works better on joke songs in my opinion).
Design-wise, it’s nice to see cool full body artwork for all the featured characters (and the chibi avatars for each singer), though they are a bit derpy.

I always felt like this sequel was not at the same level of the first album (which I really liked). Luckily, it’s nothing that makes me mad like Daifugou. This album has still a good bunch of tracks and some nice variety, but on the other hand I think some others are there just to fill the album (Itsuka no Yume, the queen of fillers). Shoujo Rengoku 2 overall follows the style set in the first Rengoku: traditional Japanese melodies and instruments, with Touhou characters that could fit the settings. In all honesty, I would hardly recommend checking out this album before the first one – unless the original themes caught your attention. Still, don’t think Rengoku 2 is a 1:1 copy! We have the good rock pieces with Gekokujoujou and Bystander, and Tsumi no Katamar(rrrrr)i and Shourai Renbo are here to satisfy your accordion needs.

One thing that is common in the entire Shoujo Rengoku series is the art style. The artwork of the cover and inside the booklet are in the ukiyo-e style and are some of the best works from the Sis. Each album also has a different type of coloring/shading: in the case of this album they are more vivid.

On one hand, I like how the Pig tried to do something completely different from the first acoustic album – more than just a different selection of songs. But on the other hand, Acoustic Gakkyokushuu 2 might be disappointing to those who expected something similar to the first one.

The arrangements in the first album were pure acoustic arrangements, with just piano and guitar. They were something that could have been easily playable back during the glorious days of Utau Namahousou. But in this album, Paprika is in complete charge of re-arranging the tracks and she added some more instruments in a couple of tracks, making it not “purely” acoustic. She gave some new life to old classics, and while I personally prefer the more orthodox acoustic style, these new versions are quite nice to listen to! Some of them, especially Y, are very bossanova-esque. The real title of this album should be “Paprilicious Edition”, making it the recommended album for Team Paprika members.

When I think of this album, I honestly wonder if it was necessary, and not just because it was released together with another Touhou vocal album that wasn’t exactly stellar. Shoujo Rengoku 3 was a departure from the series, and when everybody thought the series was going to be a staple for summer Comikets, we got completely different albums. We even got an album that felt like it was Shoujo Rengoku 4 but with a different name. But we’ll talk about it next week.

Shoujo Rengoku 4 follows the formula of most of BUTAOTOME’s vocal releases at the time (half of the album arranged by the bear, the other by the cat). Comp decided to ditch the variety in the past albums to focus on making pure rock tracks with some Japanese instruments. It fits since the main concept of the series is “youkai and Japanese-style”, but none are among his best works, there is a bit of that feeling the newer albums have (also, Hikkyou Joubutsu didn’t deserve the rhythm game treatment). Ironically, while Shoujo Rengoku 4 is qualitatively better than that other vocal album released at the same event, Fabulous is Comp’s best C94 track.

Paprika’s tracks are some good material from our favorite cat, but maybe, musically speaking, they don’t fit the entire direction of the album. I mean, Shizuku and Oni-san Kochira are great jazzy pieces, but I think they could fit any other album (also, Shizuku is kind of “proto-Yokoshima na Honoo”: Paprika writing lyrics, pappadabas). Yousei no Yume is beautiful and very dream-like, and makes me think more about the desert for some reason.

Another tier is done! See you next week with… quite a lot of albums., including a couple of albums I never reviewed before and I really want to talk about. Oh man…