豚乙女 (romanized as Butaotome, stylized as BUTAOTOME) is a doujin music circle.
The original four members were drinking companions, then one day they “wanted to do something fun”. So, during Autumn 2009, they started the circle. They first uploaded stuff on niconico during November and the following months (cover songs, then their own Touhou arrangements), and they finally published their first album, Touhou Kaiten Mokuba, in March 2010. Since then, they always participated in every Comiket and Reitaisai (among other minor doujin events) where they bring their new releases. On the 3rd of December 2016, they announced their major debut under Avex, and they released their first major album, Furubokko, in March 2017. But they still continue their doujin activity with Touhou works. On the 24th of April 2020, the pianist Paprika announced her retirement from the group, to go overseas and expand her activities as pianist. However, the group continues their activities as 3 creatures.

BUTAOTOME’s main type of work is Touhou Project vocal arrangements. They are characterized by a fairly recognizable j-pop/rock sound provided by Comp, Ranko’s powerful vocals and Paprika’s distinctive piano. However, they often like to experiment. Every Touhou album is distinguished by a certain motif related to the selected Touhou themes or simply for the music style. The designs of the CDs are made by Ranko no Ane (Ranko’s older sister), and they also play an important role by giving more a unique feel to every album. Everything is created and produced solely by the four members of the circle (aside for a couple of albums, but for one of these it was part of the album’s theme) and most of the work is made in Comp’s personal studio called “Butagoya” (pigsty). They also release original albums and songs, which generally keep their more “standard” sound. Paprika also released the “Touhou Nekokenban” albums: at first they were pure piano albums with also instrumental renditions of BUTAOTOME’s vocal songs, but as the series has gone on, they became more experimental. This series stopped with the 20th album and Paprika’s retirement from the group.

They also have a large amount of live activity: quite often they play at special events/festivals, or as a singular circle (“one man live” in Japanese). They put a lot of energy into their performances. Ranko sings, Paprika plays the piano, Comp is on the bass and the Sis dances around. As of November 2020, they never played outside Asia.

BUTAOTOME is extremely active in the Touhou Project derivative works territories, by releasing multiple albums per year, participating in many Touhou-only lives and spot sales through Japan, having their songs featured in various rhythm games and Touhou fangames, and other stuff.
Comp is also active in music production outside of the Touhou/doujin world, by making various songs for anime, Japanese TV shows, and other artists, and playing bass for other people’s compositions and arrangements.

The name “Butaotome” means “Pig Girl”. They chose this name because they wanted a name that could stick easily. Other candidates were “Geroshabu” and “Oketsu Climax”.

There are multiple spelling around: BUTAOTOME, Butaotome, Buta-Otome. Buta Otome… Only the first two are the ones currently used in official sources and album arts. All the others are unofficial/outdated. And for those who still use “buta-otome”: the logo doesn’t look like this.

[Screenshot was taken and edited from the Jump Otome DVD]

I’ve created this website the 6th August 2015, and I’m the sole person who manages it (with also the precious support of a couple of friends).
I love Butaotome so much. I follow them since February 2012, because I fell in love with Ranko’s voice and in the successive months they slowly became my favorite doujin circle, and also the music group of my heart. Their music means a lot for me, and they happily accompany me in my days with their different shades. I also constantly keep an eye on their activity, watch their livestreams, buy their releases, etc.

Here is a couple of personal pages:
– My BUTAOTOME Collection
– My top BUTAOTOME originals

This website managed to catch the attention of Butaotome themselves: they approved my work and Ranko no Ane follows the Twitter account, silently watching sometimes. I also sometimes contact them for certain stuff. Though I don’t have any big relationship and I don’t have any exclusive info about upcoming stuff: this is still a fansite made with the best respect and I’m still a fan like everyone else!

ENGLISH INFORMATION of BUTAOTOME.http://t.co/pBNwZgmgxb
Thanks for translating that into English.

Meet the mascots of this website: Chibi Muse, Buta (the Round Pig) and Chibi Ranko! 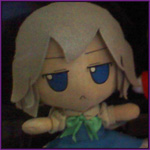 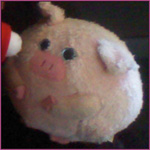 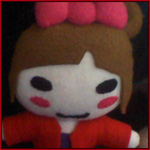