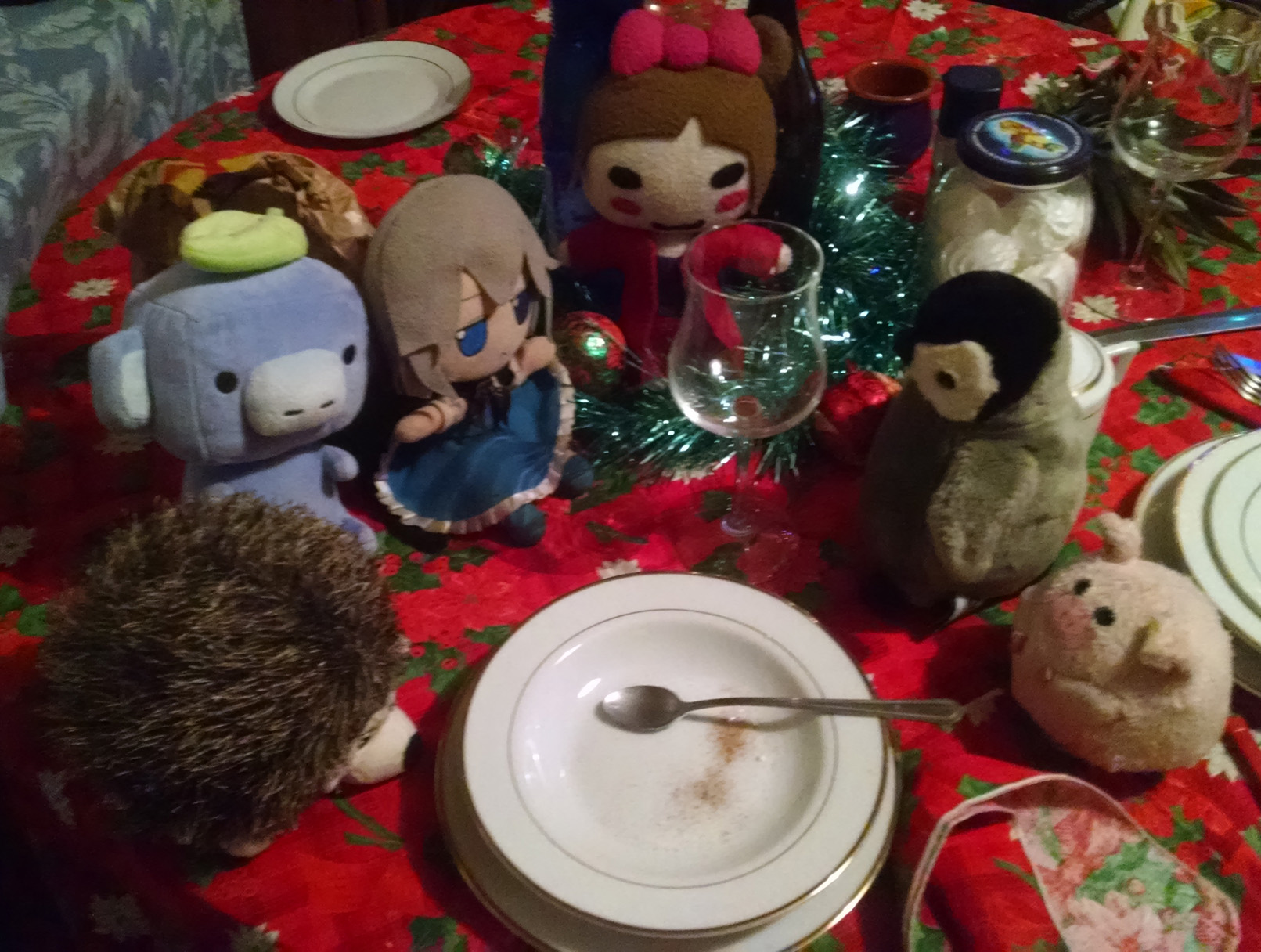 I genuinely thought the last day of this month was a Monday.

C97 releases!
After being leaked by Toranoana on Thursday (see the previous post), the four BUTAOTOME releases to be distributed at Comiket 97 have been officially announced last Monday!
Here are the TC pages: Magic Lantern | Touhou Nekokenban 19 | Guerrilla 2 | Ranko no Ane no Nichijoukei Manga
The Youtube XFDs will be uploaded tomorrow.

As Christmas present, Paprika uploaded a short version of the last track of Nekokenban 19! Here is her tweet.

Melonbooks promotion
From next week, if you buy at least 4 BUTAOTOME releases on Melonbooks, you will get a “Ranko no Ane is evolving!” set, where you can dress the bunny in some clothes and accessories. This has been referred to as “the Mythical 11th event for BUTAOTOME’s 10th anniversary”.
Melonbooks page

Marumaru Futotta Buta no Ohanashi
Last Sunday’s talk event went fine! There was also a bingo time where the fans were able to win rare BUTAOTOME memorabilia. In between the various parts of the show, they played some acoustic songs:
1. Gensou no Satellite
2. Futatsume no Kokyou
3. Panorama

Touhou no Uta + Touhou Station end of the year party
Ranko and Comp were at this special livestream last Monday! It was a typical Touhou no Uta streaming, with karaoke. You can rewatch it here. This is a timestamp to the Pig’s karaoke part: Soldi and Bad Apple.

2019 live stats
This year I won’t publish any post about the most played songs in BUTAOTOME live this year. However, if you are interested in them, Natrium (a Japanese fan) published the top 10!
1. Gensou no Satellite / Soldi (15 times)
2. Kakoinaki yo wa Ichigo no Tsukikage (13 times)
3. Hakanaki Mono Ningen / Mesen (12 times)
4. Machibito wa Kozu. (10 times)
5. Haru no Yuki (9 times)
6. Kyouen / Momoiro Fivestar (7 times)
7. Saru / Furubokko (6 times)
note: the list doesn’t include Touhou Oden, the Taruhoi birthday (both were lives with just Ranko singing), Buta Lounge and the talk event (acoustic lives).