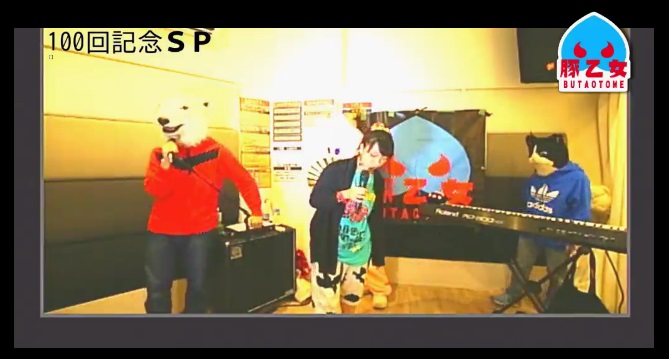 It just ended! They played the songs in the studio as a regular liveshow (and not as short acoustics)

Yes, they played a song from the I LOVE albums, but it was entirely playback wwww Also, during Sharekoube the camera went black for a while, so they interrupted the song, fixed the camera and then replayed it.

I’ll try, for this time, to share the entire video of this streaming!
Meanwhile, see you later with the song of the week, which will be picked from this setlist 😛