Now every album page has a Soundcloud XFD, and (almost) every song page has a sample mp3!
All the Soundcloud XFDs are official, but I’ve re-hosted all those that were deleted or weren’t uploaded there because too old. Only the first Nekokenban is missing, because I was completely unable to find the original mp3 file, but I will probably recreate it by myself.
Song samples are cut from the XFD, and there might be some imperfections here and there… orz Also, I created samples for a couple of songs that were unavailable. By the way, I haven’t added samples for compilation tracks (Toranoana, Melonbooks & co.), but I’ll add them in another time.
In the meantime, the freebies page is 96% done! Only a couple of stuff are missing.
Oh, and I’ve made a new logo for the site! I personally really love this group shot from Furubokko’s video, and I wanted to use it somewhere.

Now, the usual news from the Butaverse!
First of all, Furubokko’s video is finally up on Youtube! Also, Amazon JP still doesn’t ship Avex’s stuff outside Japan. But they added Furubokko’s samples! Page
Go to the tracklist and click on the grey play buttons. There are 45 seconds samples for every song, in a quite low quality.

In less important news, sachlich and the new goods for Kyoukai kara Mieta Keshiki are all up on Melonbooks as exclusives (they won’t be available in other shops)! Still no crossfade, though (I think the album is still not entirely done…)
Also, the usual music game stuff: from next Friday (17), a BUTAOTOME-themed pack will be available in the mobile games Jubeat plus and Reflec Beat plus. It will contain the following Touhou songs: Machibito wa Kozu., Gensou no Satellite, Kyou En and Hana!

Last but not least: it’s my birthday on Sunday, but I’ve already received a special present! 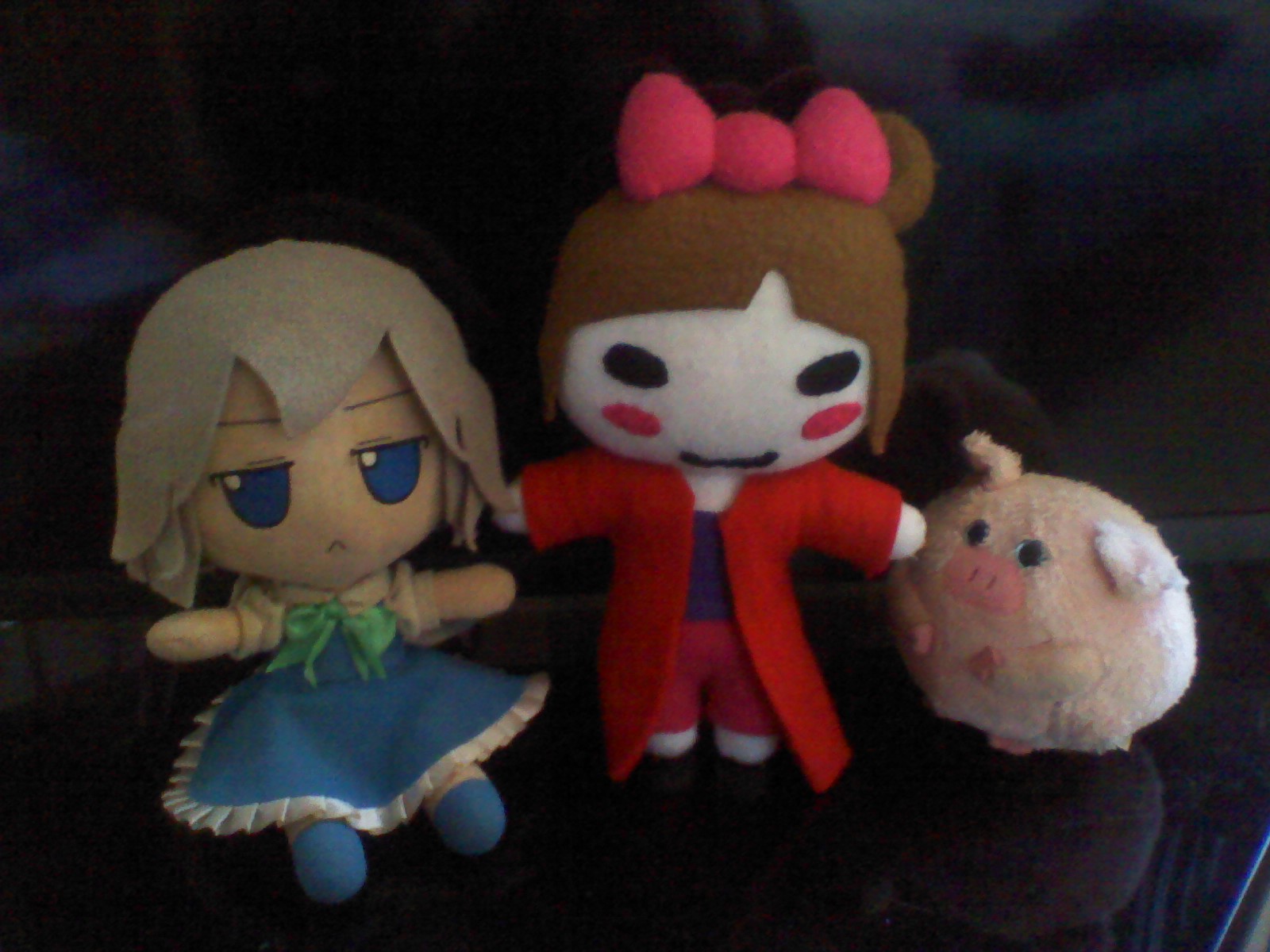 That wonderful person named Scott sent me this cute Ranko plush doll. He made it by himself, and it’s very well made! It’s a new entry in the TC Crew, and it will accompany Chibi Muse and Buta the Round Pig in the next articles!

See you next update! :furubokkohype: