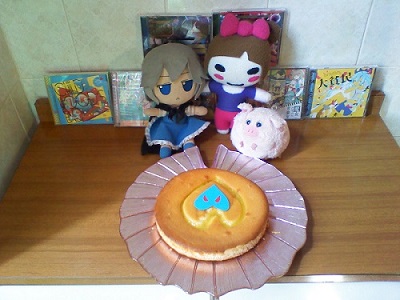 Today Tiramisu Cowboy celebrates its 3rd year of activity. I don’t think it’s a big achievment like anything with a 5 or a 0 in the end, but it’s still something.

Looking back at what I have done, I realized how this website is pretty much a way of expressing myself. 3 years ago I created this website as a way to express my massive love for BUTAOTOME. I originally wanted it to be completely objective, without any personality. Now I’m not afraid of making dumb jokes or do some occasional shitposting (one day I’ll probably open an account named “Butaotome Memes” and my reputation will be instantly killed).

As I mentioned, I think this is a natural evolution, but also something that follows the whole BUTAOTOME concept: doing something fun. In between their art, they act silly in the world of comus and their animal imagery, but that’s part of their charm. But still, I want to keep a certain aura of objectivity. Other than claiming that Beatmario is a poop or using Sally’s Mirai Yohou as the next RickRoll, obviously. :laughs:

Despite all the troubles (issues with Tumblr, me not being good at many things, etc.), I enjoy working on this website a lot. Especially writing the long articles. Whether they are reviews, translations, discussions or just a juicy weekly recap, to me they are very challenging. But once I finally hit that “Publish” button, I’m filled with feelings of having accomplished something. And learnt something new in various cases!

I still have lots of ideas of things to do in my mind, but I’ll probably do some of them after summer because heat makes me procrastinate a lot. It’s so hot that even Chibi Ranko is without her coat!! And the cake doesn’t have a candle! But there is a nice BUTAOTOME logo (not edible)!

To conclude, I was originally planning to post a certain top 10, but I decided to postpone it for some days because it was quite personal and it would have been fitting for that day. Instead, I bring you a mobile friendly interface!! Isn’t that something cool? (insert here Paprika screaming CHOU II YO CHOU II DAROU) I want to thank mr.deagle a lot from the Discord server who kindly offered his help and gave me some advices.

Thank you for reading! Now to the fourth year!