Less than a week to Comiket 94! BUTAOTOME will release three albums, but let’s take a look to stuff by other circles featuring their guest appearance… With a new format!
This post will be updated in case of last minutes reveals. 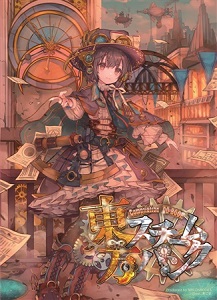 The newest super mega Touhou anthology by Melonbooks is centered on steampunk and it’s full of music, comics and illustrations. The Momiji illustration for this song is made by Monety.
On a related note, all the songs from the first disc of this compilation (as well as Hikkyou Joubutsu, the first track of Shoujo Rengoku 4) are among the BGM of Melonbooks stores for this month! 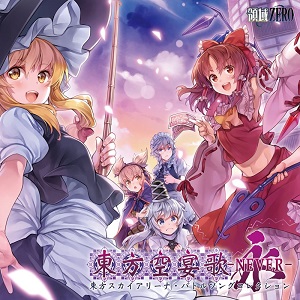 Area-ZERO will bring two Touhou Kuuenka albums full of tracks for the future updates of their game Touhou Sky Arena: NEVER and EVER! The Pig is only in the first album of the couple.
Because of the precedents, there is an high chance this song will be featured in BUTAOTOME’s C95 vocal album. 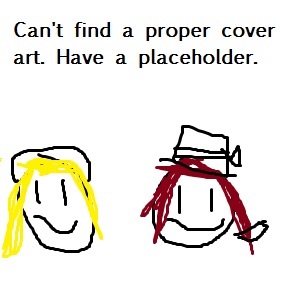 The upcoming TUMENECO release is a big project made in collaboration with Shimensoka and Kyoto Fantasy Troupe and it’s a concept for a Hifuu Club movie (daily reminder it’s a concept, there is no animated movie incoming). The second disc features multiple guest vocalists from the Touhou arrange scene.

Speaking of stuff with already released tracks, Alstroemeria Records will bring a 3rd album of covers and remixes of their hit song Bad Apple, but it’s actually a combination of the first two albums + a couple of new tracks. BUTAOTOME’s cover of the song is included.

For those interested on buying anything in this list (and can’t go to Comiket), you can find the Area-ZERO album in every doujin webshop and also on their BOOTH if you want a digital copy, while Touhou Steampunk and TUMENECO’s release are Melonbooks exclusives. As usual, they can’t ship outside Japan but proxies are your friends. Read the TC’s How to buy guide for more information.