No livestream today! [EDIT: apparently Comp was a guest at this month’s Touhou Station, which I didn’t watch] 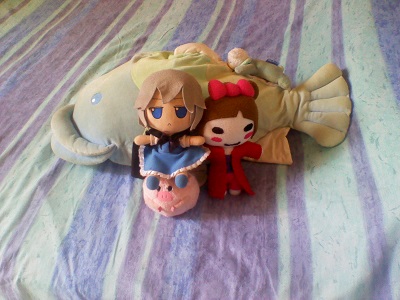 BUTAOTOME will play at this month’s Touhou Livebox on Friday! Last week Comp confirmed that songs from Daifugou/Rengoku 4 will be played, so don’t miss it! It will be livestreamed on Melonbooks’ Youtube channel as usual, but I will try to upload the Buta performance on Tiramisu’s channel. I can’t give you the exact hour but it’s usually at 11/12 AM CEST. I will tweet about it!

….and really. That’s all for this week. Meanwhile, I finally got the C94 albums! Some lyrics are already up, while I publish some others later after this post. The review will be published… when I want to publish it. No deadlines~

See you next time, Piggies!