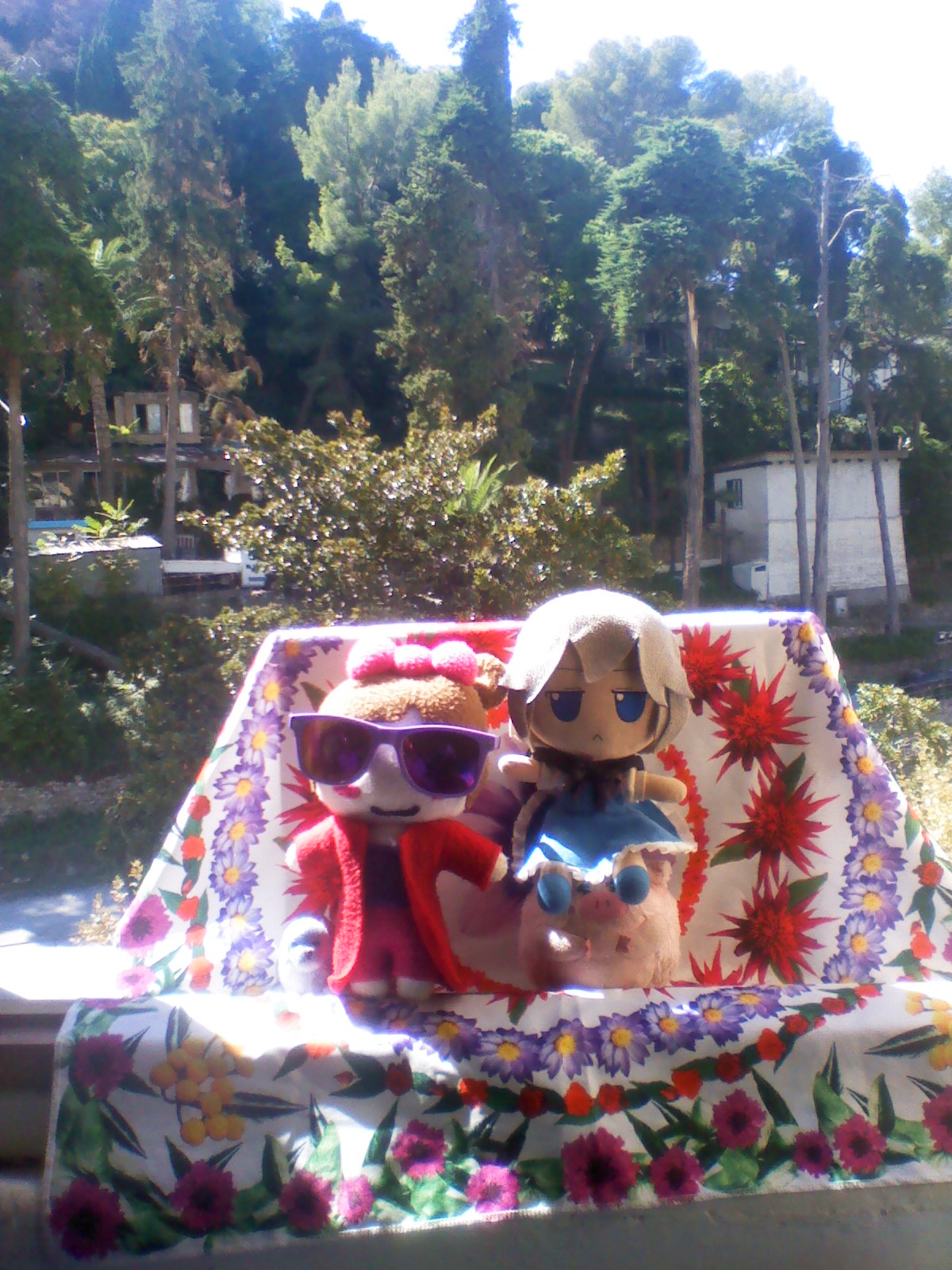 First of all, the C94 review is here! It covers the 3 new albums, the 2 compilation tracks and also the 3 newest rhythm game songs.

Last weekend Butaotome was in Shizuoka! They had a booth with old stuff and also played two Touhou lives. The first one, on Saturday, it was probably the shortest live in their history. Only GenSate was played!! (the time table clearly said their live was supposed to last 5 minutes, but I didn’t check it, I was expecting an usual 20 minutes set)
Luckily, the day after had a longer setlist.
1. Gensou no Satellite
2. Aoi Miren, Aoi Namida (well, it was Cirno day)
3. Hikkyou Joubutsu
4. Machibito wa Kozu.
5. Fabulous
6. Soldi
7. Mesen
8. Kakoinaki
Even if Mesen won’t win the livestats, it will still have the moral victor! Also, Super Sis drew some sketches for some Piggies!

The upcoming live schedule is a bit empty, but a new live has been added! Butaotome will play at Minami Wheel Festival in October! Unless some other lives will be announced, they will play original songs after a while!

If you are a Touhou artist, the most asked question is probably “what’s your favourite character?”. Well, unless you already wrote it on your website or you show a particular obsession with a certain character with your works! Anyway, after 6-7 months of “Joon-chan kawaii” and me joking about giving Ranko a Joon dakimakura, she made it official: the plague goddess joined her favourites, along with the already known Marisa, Yuuka and Mokou.

The new version of Gitadora (named “EXCHAIN”) is out today! It features a new song made for the game: Toumei Justice!
Also, for Groove Coaster Steam players, a new update has been finally released. It has some new songs including Kage no Densetsu -Butaotome mix-! These new songs are added in the base game, so they are free to play if you already purchased the game! (also, excuse me for going out of topic and promoting non-Buta stuff, but Bubble Bobble Medley is my new favourite song in the game)