Aaaaaand no livestream once again. 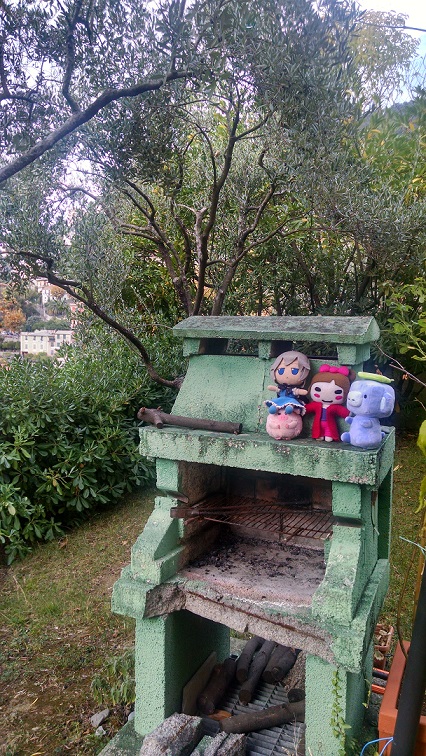 As I mentioned last week, I’m on holiday and I don’t really have time to check Twitter and co. But I want to thank Jordi who is keeping the server updated in the meantime! :compsheep:

Minami Wheel 2018 setlist
Setlist from last Monday live in Osaka! It was a short non-doujin related festival live, but its setlist raised many questions for me.
01. Solid
02. Sharekoube
03. Fabulous
04. Hakusen
05. Ikkagetsu
06. Ikiru no ga heta na dake
07. Trauma Recorder
08. Furubokko
A. Where is tiramise
B. Where is Mesen?!
C. Why are there Soldi and Fabulous?
D. WHY IS THERE IKKAGETSFO8GYTRHLKGDLFII (it’s the first time they play at a non One Man live)
At the live they sold a (not so) new t-shirt: a black version of the Namako t-shirt! And they also distributed a namako badge

Autumnal Reitaisai 5 – recap and guest things
As I wrote in the previous posts, a new BUTAOTOME release will be published in occasion of this weekend’s Autumn Reitaisai! It’s Yuusei Hakurankai, or more simply the “best of Hifuu”. People who will buy the album at the event will also get a special “Memorial Disc” with re-arrangements of Moonstone, Mittsu Kazoero, Futatsu no Cinema and Higashi no Kuni no Waltz (note: the latter two are instrumentals). There’s no official page/XFD at the moment. Jordi will go to Reitaisai and he will try to get the disc. I will probably publish a review once I will be able to listen to it!

Other than that, we also have a new song made for the Uta Matsuri compilation. XFD is here! The title is “Munmun Manman” and it’s a Flower Land arrange. Since the XFD video comes with lyrics, I decided to transcribe the sample already! The song page is here. In addition, some Uta Matsuri related goods will be sold at Reitaisai, including a towel designed by the Sis!

Last thing are Shimensoka’s Hifuu goods designed by Sis (scroll to the October 6 update). They will be sold at Shimensoka’s booth in limited quantities.

Super Sis’ Art Corner
– Motoko Kusanagi from Ghost in the Shell
– Shoujo Rengoku 3 arts (they are old and well known, but still cool!)

Any live/event/blabla in the next 7 days other than Reitaisai?
There is a GET IN THE RING live on Saturday at Selene b2. It’s a live dedicated to their Activity series and Ranko will be among the many guest singers.