What is a Butaotome livestream?! 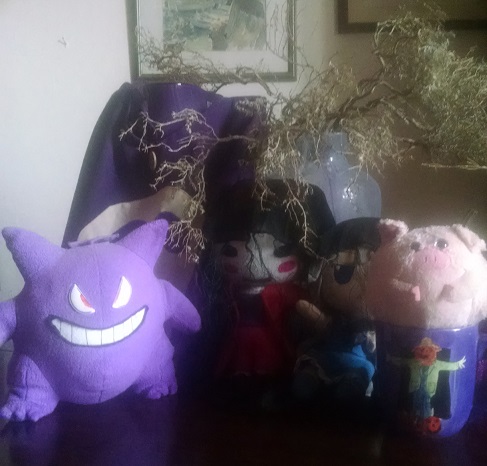 There was a Cool&Create livestream last Thursday from Comp’s studio. I didn’t watch it because I have a Beatmario allergy.
Jokes aside and speaking of allergy, it’s autumn, so it’s the rainy season and it’s easy to catch a cold or influenza. Take care of yourself and also hopefully you don’t get many damages from the bad weather!

Music Game Planet
For Groove Coaster PC players, Kakoinaki yo wa Ichigo no Tsukikage is now available as DLC! You can purchase it singularly at $1.99/Euro 1.59, or in a bundle with 3 other Touhou songs at 20% off! While I’m very happy for anything Butaotome-related being added in the game, I’m still praying there are chances for Furubokko and Trauma Recorder…

Any live/event/blabla in the next 7 days?
Nope.

tiramise-san works on stuff
I finished revising all those track titles. A lot of Nekokenban titles have been edited and I also fixed some small mistakes. IMHO instrumental tracks are often a bit tricky to romanize, mainly because there is no voice shouting the title throught the song. Plus, I think Nekokenban track titles are a type of title where the meaning is much more important than the romanization.
On the other hand, I decided to remove the “iTunes titles” because there are too many mistakes/inconsistences and I think it’s bothersome. The upcoming romaji guide will have a note about do not take them too seriously! But now I’m too busy playing Ocarina of Time… Meanwhile, here is the newest Bass Magazine feature with Comp, translated for you!