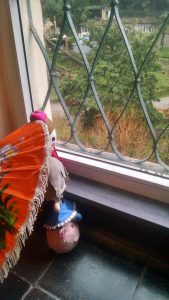 It seems Comp is busy. Even this week the livestream has been skipped. However, we finally have the first live announcement of the year, and it’s Touhou-unrelated! March 1st at the National Convention Hall of Pacifico Yokohama for the JOINT MUSIC FESTIVAL.

We TvTropes now
Maths from the Discord server created a TvTropes page for BUTAOTOME! Check it out!

Other small things and I don’t want to make a title for each one of them
– If you have a full subscription to BUTAOTOME’s fanclub (with the Japanese address and member card), you can participate to its latest lottery! 3 lucky fans will have the chance of winning a set of signed goods that were used on the short short movie collections in Furubokko and Trauma Recorder’s DVD!
– Atsuki Seikan, Abyss’ last track, is among this month’s Melonbooks store BGM.
– As announced last week, Heisei Kaisei Dottenshan is available as DLC on Groove Coaster for Steam! Steam page | Kawaii pack 01

Super Sis’ art corner
– new comic. Ane commented that the green field looked like Windows XP’s default screen, but Comp and Paprika are Mac users, so they were confused.
– Sakazaki brothers from Art of Fighting (draft)
– Youmu for her Touhou Wear series

Any live/event/blabla in the next 7 days?
There is a collective of small monothematic Touhou events on Sunday, at the Ota City Industrial Plaza. The BUTAOTOME booth will be at the Kyuujigoku Onsen Orin no Yu area, an event solely dedicated to Orin and Subterranean Animism in general. Probably there won’t be anything new, but it’s the best event to promote Abyss.