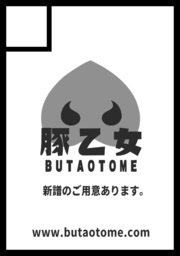 It’s that time of the year again! Like the last one, this upcoming Comiket is
of four days instead of three. This is because of the 2020 Olympic Games in Japan. Next year’s Reitaisai 17 will be on March 20 at Twin Messe Shizuoka (instead of the usual Tokyo Big Sight), while Comiket 98 will be during the Golden Week: from May 2 to May 5!

BUTAOTOME has a booth on Tuesday, December 31 (fourth day)!
南ナ19b

“We’ll prepare new releases.”
Ane said that she would like to prepare some special things if everything goes well!