Original title: “Today Sis ate gyoza, because she made too much” 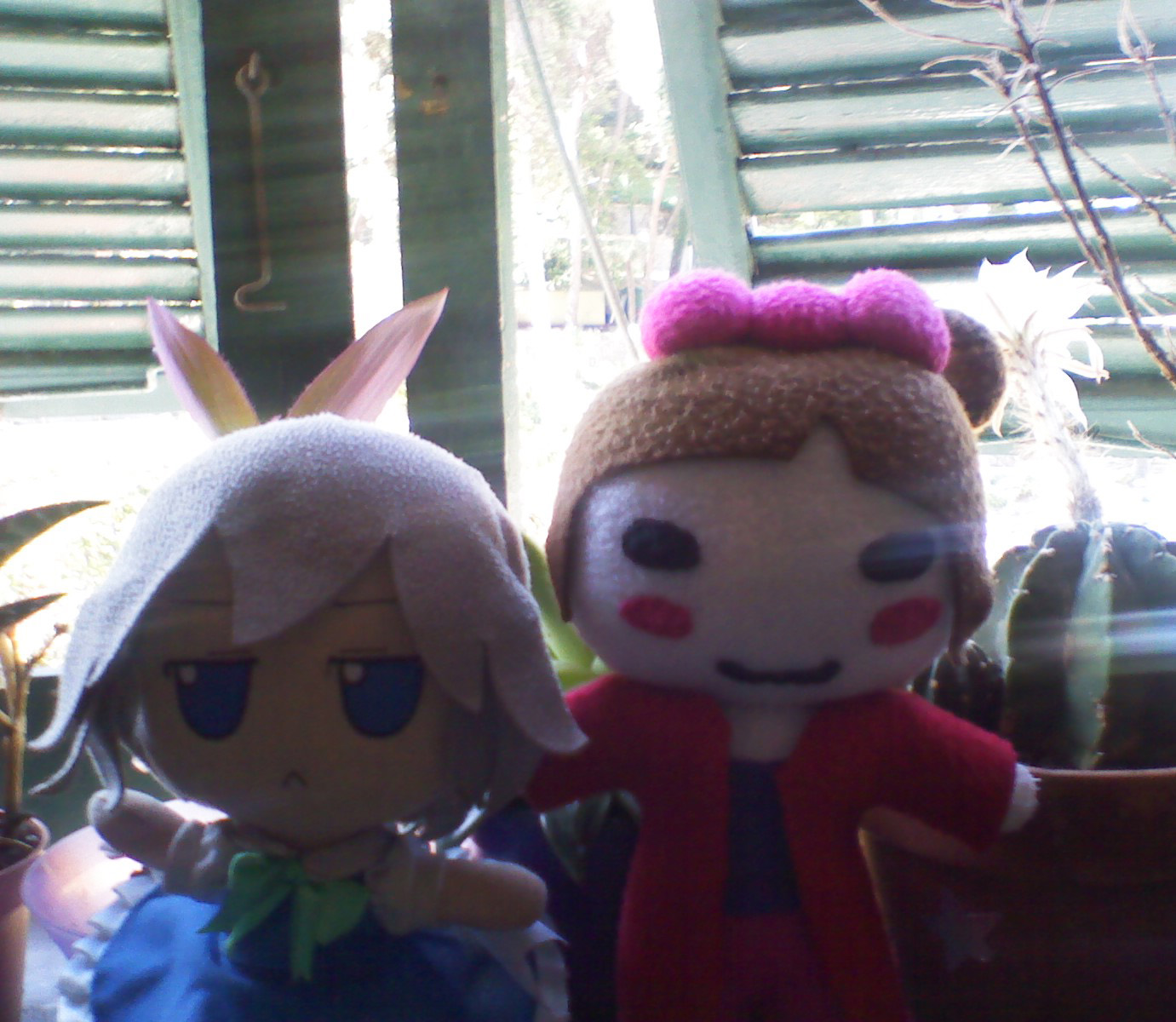 TC Crew Theater 8 feat. one of those cacti which bloom once per year (behind Chibi Ranko)

No livestream today! BUTAOTOME are currently very busy with the realization of the second major album!
Last Friday and Saturday, Ranko no Ane came back to do some livestreams on niconico showing her working on upcoming stuff! These livestreams can’t be rewatched (neither with a premium account) and for respect I won’t post any screenshot, but I’ll just say that she was making what it will probably be the background for the cover of the 2nd major album! Here is her Nicovideo community. She was also streaming before, but nothing could be seen, she was trying a new recording software and talked about food. Oh, and Comp and Paprika popped up around the end.
I was very excited to see the Sis popping up on my Twitter feed with a niconico live link all of sudden: for a bit of history, years ago she used to do this type of stream quite often. They were very exciting to watch, mainly because you could get some anticipations about upcoming BUTAOTOME works before the official announcement! You were also able to see her drawing Touhou characters and try to guess which themes would have been arranged for the vocal album.

The new version of Chunithm, named STAR, will be out tomorrow in Japanese arcades! Among the new songs being added there is also Hakanaki Mono Ningen! Please Jae, play it for me and also Kemono Friends’ opening!!1 Ok, sorry.

It has been announced that Comp will be one of the many guest musicians on Araken (あらケン)’s first solo album, named “Hajimari no Hikari” (ハジマリノヒカリ). Our polar bear will play bass in one song, but it’s unknown which one!

To finish this recap, some days ago Scott got for me (since I was planning to purchase it, but at the moment I can’t rip albums) the Melonbooks BGM Nature compilation, so Toumei Mislead’s lyrics are up! Yes, the words “koi” and “ai” in the fourth stanza are colored in red in the booklet, so I kept them in this way!

See you next time!