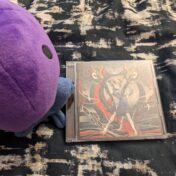 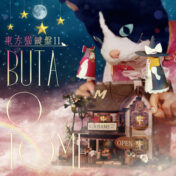 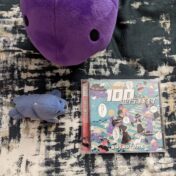 Welcome back to our usual review corner! This time my copy of the new album is stuck in America because wooo, shipments from Japan to Italy are blocked again. However, for the usual CD pic, I decided to ask people in TC’s Discord server to take their own pic of the EP. Maybe these are TC Crews from other worlds…… Read more » 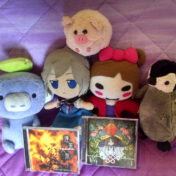 I apologize for delaying this review so much, but here we are! It’s finally time to talk about BUTAOTOME’s first 2021 release and the introduction to their new era! A Touhou full vocal arrangement album for humans enchanted by the paradise, unraveling the lore of Dolls in Pseudo Paradise! Concept Kochuuten is based on ZUN’s first CD, Dolls in Pseudo… Read more »

Welcome to… a special review! I think this is the first time I decided to re-review an album. There have been albums I reviewed in a second moment, but I never wrote a proper second review. This post will also introduce a new format that will be used for future reviews (including the Kochuuten one that will be published later… Read more »

My original plan was to publish this with the Kochuuten review, but due to some stuff, the review will be delayed. So have only this analysis for today. I was also originally planning to publish the Italian translations of Kochuuten songs along with the review, but I’ve decided to make them public now. They are in the usual section. Anyway,… Read more » 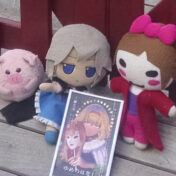 It took one month, but I’ve finally translated Yume no Hanashi (Ranko’s collection of Touhou stories based on her lyrics) in both English and Italian. I consider it to be my most ambitious project, and one of the BUTAOTOME-related things I’m proud of. To celebrate it, here is a review! The book is small, as you can see. There are… Read more »

So, welcome to this new series of reviews that I hope I will finish! I already announced it a while ago, and since I was in a mood of writing a review but had a few ideas, I did a poll on the Discord server. This one won. But I decided to post it today because it’s the 10th anniversary… Read more »