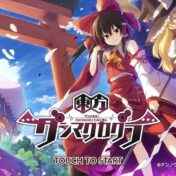 After losing my soul on Touhou Cannonball’s latest event (there is a new Pig instrumental, woohoo!), and dissing on the newly released Touhou Lost Word because it doesn’t work on my phone as well as 50 android emulators and most of its music is not new/made for the game (the BUTAOTOME tracks are basically random Nekokenban songs), I finally have… Read more » 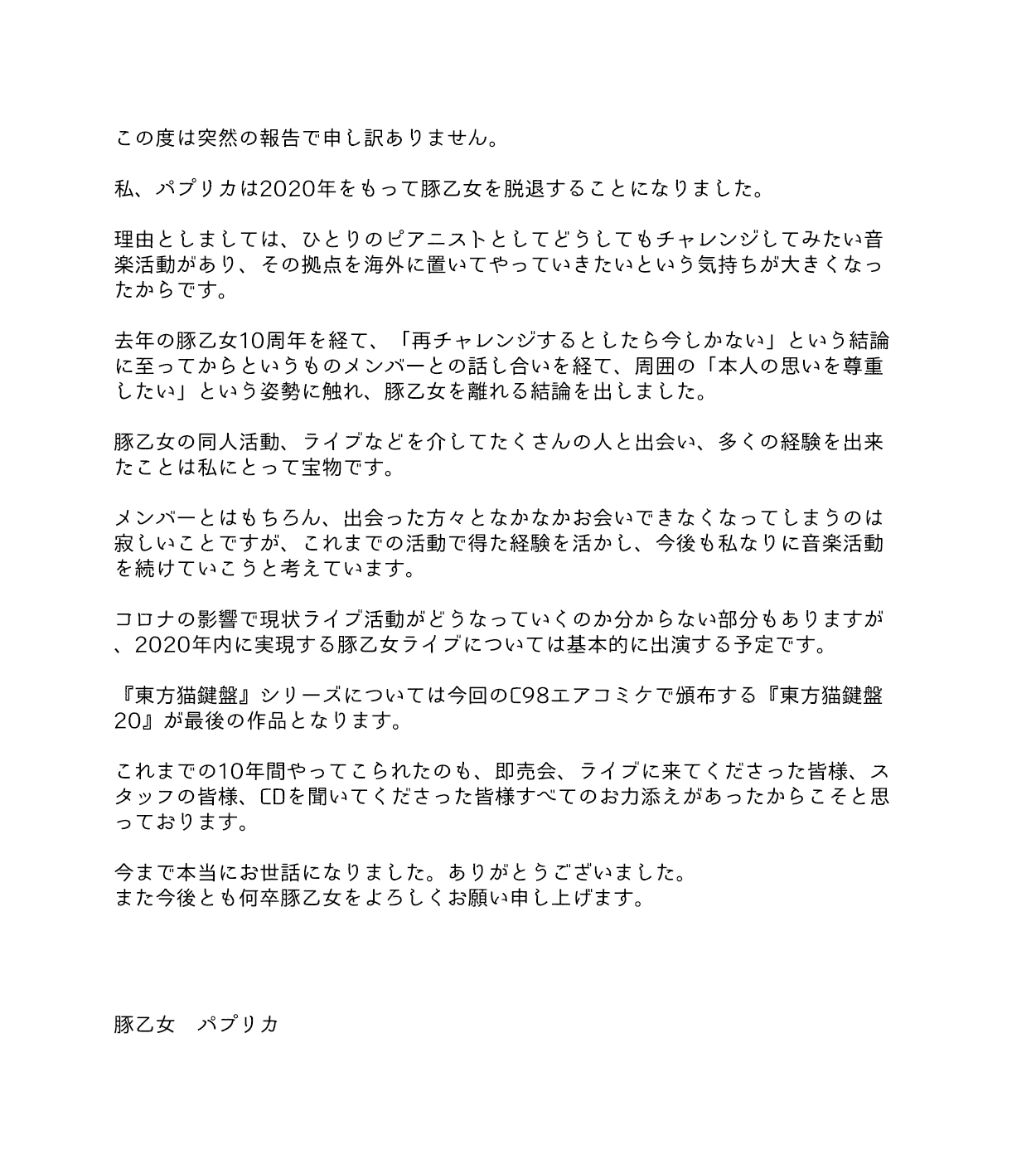 So, my original plan was a plain Shoujo Rengoku 5 commentary in the similar vein of the one I wrote for Ese Souretsu Shinan. But a piece of sad news overshadowed the new albums. Paprika will leave BUTAOTOME this year. You can read her translated message about this here. It’s news that greatly shocked me, and I’m still shocked now…. Read more »

A post I just wanted to write. I’m very hyped about this album, and I think the last time I was genuinely excited about a BUTAOTOME vocal release was with Trauma Recorder. Or Daihinmin. Anyway! So, why am I so excited about Ese Souretsu Shinan? Well, because BUTAOTOME VIOLET DETECTOR IS REAL, the curse has ended, yahoo!!!!11 Okay, there are… Read more »

Aaaaand here we are. We didn’t get any live this month, so I could have posted them much earlier, but anyway. As usual, bold is for the most played songs (Touhou, original), while italic is for the songs that got their first live performance during this year.

Tomorrow is Kagaku Seiki no Café Terrace, also known as “Kyoto Hifuu”! I decided to remake an old post. As the title (and the previous post) say, this is a list of all of BUTAOTOME’s Hifuu arrangements. It also includes instrumental tracks and remixed versions! Last update: January 24, 2023. Full albums Kouseki Radio Folie à deux FREAKS sachlichNote: Ranko… Read more »