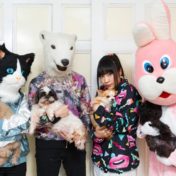 Original link This is an interview that was published around Furubokko’s release. It’s more light-hearted than the usual, as it was done in a dog café (so there are a lot of pics of the four Butamembers playing with dogs). There are some of the usual topics we’ve already heard in almost every interview (like the obligatory circle formation stuff… Read more »

This interview was published on Rolling Stone Japan’s website around Furubokko’s release. It was sitting in my backlog for too much time, just like 95% of BUTAOTOME interviews. Now, here it is! Main topics are the usual formation stuff, how the major debut impacted the Pig and how things changed over the course of the years, some production stuff about… Read more »

The overseas interview has been published!! Read it here: [Interview] Explore the World of Touhou Project with BUTAOTOME – OH! Blog 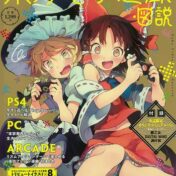 Revised on September 19, 2022. This is a mail interview with BUTAOTOME (presumably Comp answering most questions) from a Dengeki Playstation magazine special dedicated to Touhou Project. Special thanks to Quwanti, who bought the mag and provided me with the relevant pages! When did you start your activities as a music circle?In November 2009, all our current members got together… Read more »