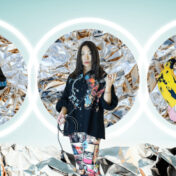 Original post So, this is the interesting thing Ranko teased a couple of days ago! She started to write a series of articles for a webzine called Daily Bibibi (日刊ビビビ, Nikkan Bibibi) (nice name), and she will talk about whatever she wants, as much as she wants! Here is a translation of her first post, where she introduces herself and… Read more » 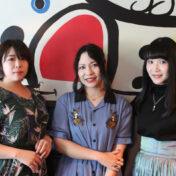 Original This is an interview with Ranko, Hotaru Murasaki (EastNewSound), and Sakiko (Watashi Kisama, Girls Logic Observatory) that was posted on the website Touhou Garakuta Soushi last week. The three of them talked about a variety of topics related to Touhou: how they got into it, how they started singing Touhou arrangements, and so on, but also things about the… Read more »

On a sleepless night, Ranko decided to do one of those “for every like I will tweet about something” hashtags. She tweeted 44 songs. Since most of them are Japanese non-doujin music, I thought it was interesting to translate!You can find the original thread here.

Happy birthday to Ranko, the powerful and beautiful voice that gives strength to a lot of my favorite songs! May you have another year of amazing stuff! This is an Italian sweet that is typically prepared during February (for “carnevale”): chiacchiere!

It’s Ranko’s birthday!The one who will always have the title of voice of my heart. Keep going for another wonderful year!On a side note, in a few days it will be seven years since I became a Butaotome/Ranko fan! Let’s double celebrate! This time’s dish is squid ink spaghetti! And here is a small extra… (I can’t draw, forgive me)

Happy birthday to Ranko! It’s been six years since I started to follow BUTAOTOME (or better, you lol), but you are still the voice of my heart! Another year of awesome songs and more good things! This is a dish I always loved since I was little, though it’s a bit expensive: penne with salmon!

The concept for this article is something I thought since a long time, but I only thought about writing it in the last few months. In all these years, Ranko sang for many other circles and arrangers outside BUTAOTOME: most of these tracks are of similar genres, while others go outside those borders. While she is not like a random… Read more »