I’m writing this post mainly to give you a reminder that Super Touhou Live Stage 2022 is on Monday 25, and BUTAOTOME will play live! Their timeslot is from 19:35 to 20:00 JST. It will be livestreamed on YouTube, no link is ready yet, so keep an eye on the official website! BUTAOTOME’s Reitaisai 19 release The polar bear and… Read more » 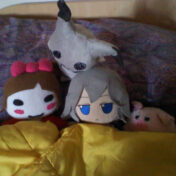 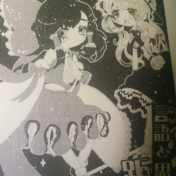 Original title: 言語と思考の距離 (Gengo to Shikou no Kyori)Artwork from the book by Ane (sorry for the potato pic, but this is the best I can do since I don’t have a scanner…) Happy birthday to me! This is a Reimu and Marisa story written by Ranko. It was published in November 2014, as an extra for the book “Hakurei Reimu… Read more » 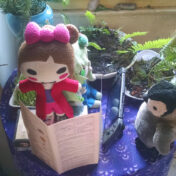 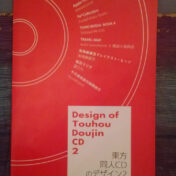 This is a book by the doujin group chromatic-noise (色雑音研究室) published in August 2016. It features reviews of several Touhou albums (focusing on the design part) and interviews with the artists. Here I bring you a translation of the Kouseki Radio review and Ane’s interview! You can still buy this book on BOOTH. About BUTAOTOME is a four members circle:… Read more »