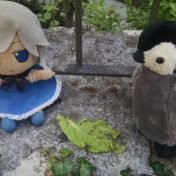 Here is last weekend’s MiniComp Show (also known as Touhou no Uta) in case you missed it. Touhou Cannonball’s end of serviceAfter not even a full year since release, Aniplex and Quatro A announced that the first Touhou gacha will be shut down on October 14. The latest update just added the final story chapters (without quests) and it’s no… Read more » 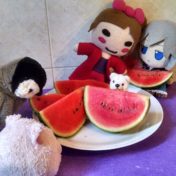 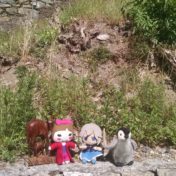 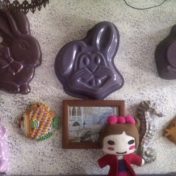 First of all, please read this post about the Youtube ContentID on Touhou songs. Try to spread it, if possible. If you have any question, or something to point out, feel free to leave a comment there! In a fanclub blog post, Comp said that while cleaning the studio he found some nostalgic items, and he will probably put them… Read more »

Violet’s (dis)adventures with doujin albums orderingSo, my original plan for the C98 albums was for them to be shipped to my boyfriend, in the USA. However, Japan’s posts announced that they suspended nearly all the shipments there. And since I prefer to not receive packages until this pandemic is over (I live with people who can greatly risk from the… Read more »

So, the big news of the week is that Reitaisai 17, planned for May 17 (after being postponed from its original March 22 date) has been ultimately cancelled.In the meantime, BUTAOTOME members are recording and writing lyrics for the Air Comiket albums! Today Comp posted a small acoustic Machibito wa Kozu. clip, directly from the studio! We can’t meet each… Read more »

Following last week’s update, the Coronavirus is still a big problem all around the world. The official Reitaisai website reported that they will still hold the event. However, at least a couple of circles (MUON KAGURA, Ridil) already decided that they won’t attend it. We will keep you updated about this, most importantly on what BUTAOTOME will consider doing! Touhou… Read more »

As if getting a Switch wasn’t time-stealing enough, I recently got a decent wi-fi at home! So I’ve downloaded Touhou Cannonball and rushed it. I’m currently at chapter 11-6 of the story mode, but the sole fact I have the game comes in hand because… New song on Touhou CannonballA new instrumental track has been added! The title is Fushi… Read more »